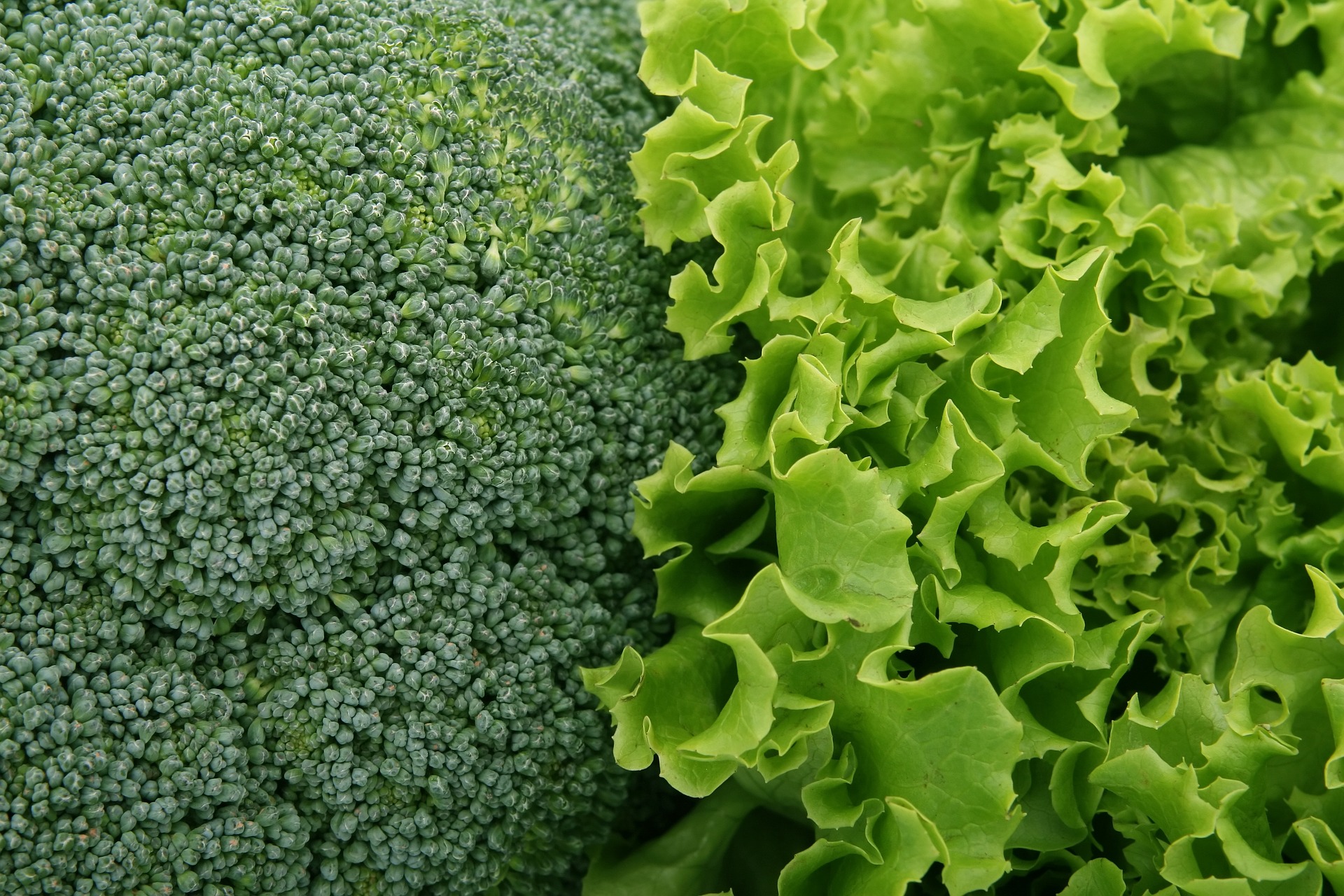 In this paper, we will look into research done on the anti-cancer, dementia preventative, and toxic effects of thioglucosides or glucosinolates, which are largely present in mustard greens and other cruciferous vegetables. There is extensive research on the cancer preventing properties of these natural organic compounds called thioglucosides and their byproducts. However, some studies say thioglucosides can cause thyroid related illnesses and act as toxic substances when taken above the recommended dosage.

Recently, there has been a rapid worldwide increase in the number of dementia patients. According to the World Health Organization (WHO), in 2015 about 48 million people suffered from dementia. Interestingly, isothiocyanates, which are produced through the natural enzymatic breakdown of thioglucosides, are seen to have dementia preventative effects.

There is an abundance of literature stating the health benefits of cruciferous plants. Particularly after the year 2000, numerous studies have found results supporting the cancer preventative properties of mustard greens and other cruciferous vegetables [1-8, 17]. More recently, there have been reports on the possible dementia preventing effects of the cruciferous plants [23, 24].

Cruciferous vegetables include mustard greens, radish, cabbage, broccoli, Brussels sprouts, turnip, kale, and horseradish. These vegetables contain high levels of the natural chemical compound thioglucoside or glucosinolate. Thioglucosides contain sulfur and nitrogen and are derived from the synthesis of glucose and amino acids.

The vegetables that Koreans consume most are daikon radishes and Napa cabbages. Radishes are generally made up of about 94% water, 4.2% carbohydrates, 1% protein, 0.1% fat, and 0.7% fiber. They also contain 20-25mg of vitamin C, which play an important role in the wintertime as a source of vitamins. The unique, strong taste of radishes can be attributed to the natural chemical compound thioglucoside. Some chemical substances that belong to thioglucosides are known to be toxic [9]. The bitter spicy taste or the tear inducing effect from vegetables such as mustard, wasabi, and horseradish come from water soluble or fat-soluble chemical compounds in thioglucosides. When these thioglucoside containing vegetables are boiled in water, the total amounts of thioglucosides are significantly reduced [10].

It has been reported if thioglucosides are taken above the recommended amount, there can be toxic effects on both humans and animals. Thioglucosides primarily act as goitrogens, which inhibit thyroid gland functioning. 90% of thyroid hypertrophy occurs when the body does not properly absorb iodine. Thioglucosides act as agents that inhibit iodine uptake in the body [13].

Thyroid hypertrophy or goiter (GOI-tur) is an abnormal enlargement of your thyroid gland and includes thyroid nodules, thyrotoxicosis, thyroiditis, hypothyroidism and hyperthyroidism [15].

Research on the toxic effects of thioglucosides has been limited to livestock and insects, mainly to develop eco-friendly pesticides and insecticides by utilizing some toxin extracts including thioglucoside [15].

Thiocyanate is a biological byproduct of thioglucoside and is also known to be a toxic substance. It exists in cigarette smoke and can be used to determine a person’s smoking status. Thiocyanate (SCN) is very similar in chemical structure to the highly toxic cyanate ion (OCN), which has an oxygen molecule instead of a sulfur molecule. As a result, the toxicity level of thiocyanate is relatively low. However, if high amounts of thiocyanate are consistently ingested, thyroid hypertrophy can result. Thiocyanate is one of the byproducts in in-vivo detoxification and high concentrations of this substance can be seen in smokers.

Myrosinase is an enzyme that exists with thioglucosides as part of the plant’s defense system. Studies have found that excessive consumption of this enzyme can cause it to act as a toxin within the body [16]. These reports demonstrate a case of an 88-year-old elderly who, after having heard that bokchoy was beneficial to diabetes, ate 1-1.5kg of the plant every day for several months. They were then rushed into the emergency room with acute hypothyroidism.

Although there are no reports of critically adverse effects when ingesting thioglucosides over a short period of time, a bio component of thioglucoside called allyl isothiocyanate, also used as tear gas, is highly toxic and has a lethal dose (LD50) of 151mg/kg. When mice weighing 1kg were administered 151mg, at least 50 out of 100 mice died. According to FDA reports, the average daily intake of alyll isothiocyanate in Americans is 5mg.

Isothiocyanates are made through a decomposition reaction of thioglucosides. Although not much is known of the tumor suppressing mechanisms of isothiocyanate, there is still a considerable amount of information [17].

Thiocyanates and isothiocyanates are both biological byproducts of thioglucosides. It has been found that these compounds act as chemo preventative agents against various chemically expressed carcinogens [18]. When these catabolic enzymes contained in thioglucosides are consumed in excess, they may act as toxins in the body. However, when taken in moderation, thioglucosides can suppress cancer, and as studies suggest, can be used in anticancer treatments.

Isothiocyanates are formed through the hydrolysis of glucosinolates. Mustard and other cruciferous vegetables contain a wide variety of thioglucosides and produce various types of isothiocyanates through hydrolysis. Epidemiological studies related to various diseases show evidence that when mustard greens and other plants are consumed, the isothiocyanates produced in the body may reduce the risk of cancer. However, this may vary with the genetic diversity of the individual. Most animal studies show that isothiocyanates suppress the progression of cancer before administered chemical carcinogens.

However, studies have shown that after chemical carcinogens were administered in mice, the administration of large amounts of isothiocyanates (25-250 times the average amount consumed by humans) actually facilitated bladder cancer [19]. Other studies speculate that isothiocyanate suppresses the development of colorectal cancer [20]. When the large body of research is taken into consideration, it seems that although an excessive intake over a short amount of time can be toxic to some diseases, research also shows that isothiocyanates have the ability to inhibit various tumors [17].

Recently, there has been a steep increase of dementia patients worldwide. According to the World Health Organization (WHO), in 2015, about 48 million people suffered from dementia. It is estimated that by 2030, the number will rise to 76 million [22]. U.S. 2016 statistics placed dementia as the sixth leading cause of death among all diseases with the national cost estimated at 300 billion dollars. Alzheimer’s disease accounts for 53 percent of dementia patients, or more than 5 million people.

Dementia results in cognitive impairments and intellectual disabilities, which refers to the loss of brain function. Senile dementia starts around the age of 65 years and is not part of the natural aging process. It impairs brain function and affects memory, thinking skills, use of language, judgment, and behaviors. Much research done in the past found that various diseases can cause dementia, but no exact reason could be determined. Now, more specific causes are being revealed. There are many types of dementia, but the most common are Alzheimer’s disease, vascular dementia, and Parkinson’s disease. Alzheimer’s disease accounts for more than 50% of dementias.

Alzheimer’s disease is a disorder in the brain that leads to a gradual degeneration of memory. Alzheimer’s also leads to severe loss in intellectual function (thinking, memory, and reasoning), which causes difficulties in daily life. Alzheimer’s symptoms begin slowly and typically start with short-term memory loss and problems that arise with day-to-day activities. The progression rate of symptoms varies widely and depending on the person, can include problems with memory, personality, behavior changes, and loss of judgment.

Vascular dementia is also known as multi-infarct dementia. Tiny blockages in the blood vessels cause strokes and consequently damage parts of the brain. The patient is usually not aware of this and so treatment is not possible. With Parkinson’s disease, the portion of the brain that regulates muscle movement is damaged. There is no cure, but because the disease usually progresses slowly, the symptoms can be managed. The four typical characteristics of Parkinson’s disease are tremors, muscle rigidity, slow movement (bradykinesia), and impaired balance or problems with movement.

Presently, there are no pharmaceutical treatments that will cure dementia. Instead, most treatments only alleviate the symptoms. Therefore, alternative strategies that prevent the disease or suppress the progression of symptoms are urgently required. There has been a growing interest and research on phytochemical compounds that have antioxidative, anti amyloidgenic, anti-inflammatory, and anti-apoptotic properties, effective for dementia.

The typical compound in medicinal plants is a substance called polyphenol, which can be classified as flavonoids or non-flavonoids. Foods with flavonoids include green tea, wine, berries, onions, and broccoli while non-flavonoid affiliated foods are grapes, blueberries antioxidants, and linseed [23]. Particularly around 10 years ago, studies have found that catechins in green tea are effective against dementia [24-29].

Figure 3 below shows the main cause of the most common type of dementia- Alzheimer’s, which is the aggregation of b-Amyloid proteins in the brain. These aggregates of protein are called amyloid plaques. As the production of amyloid plaques increases, cognitive ability declines and eventually develops into a disease called dementia. 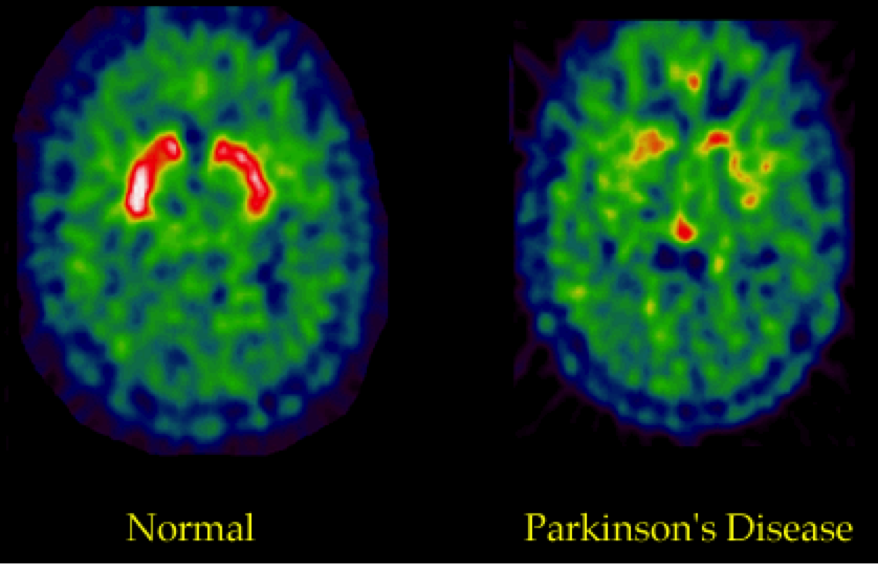 Figure 2. Improvement of dopamine production in the brain [27]

Figure 4 is a picture using an electron microscope that shows an increase of the production of amyloid plaques in the cerebrum, which results in the decline of glucose metabolism and progresses into Alzheimer’s disease [30]. 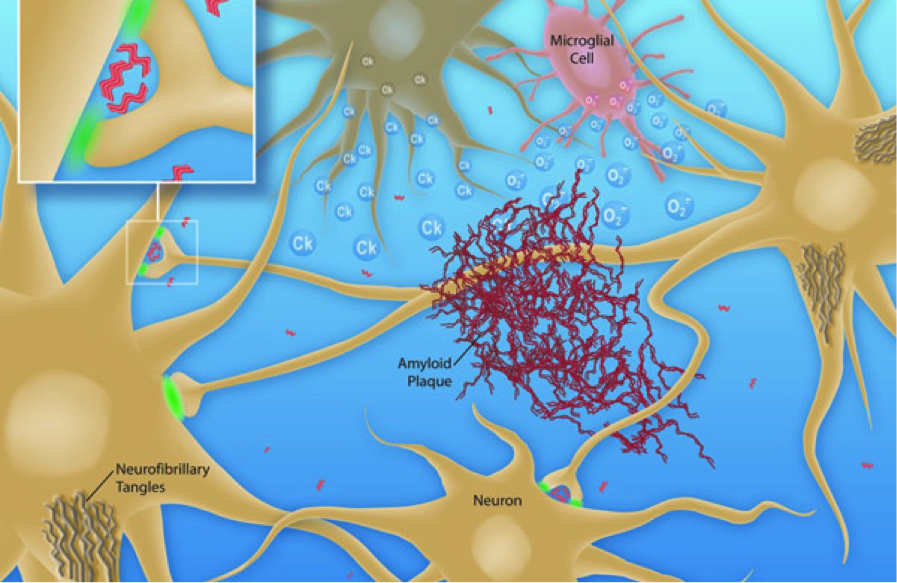 Figure 3. Formation of amyloid plaque in the brain.

Recently there has been more research showing that thioglucosides in mustard greens and other cruciferous vegetables suppress the progression of Alzheimer’s disease [31-44]. Sulfaoraphane in particular has received attention as a compound that has anticancer and dementia preventing abilities. Sulfaoraphane is converted from glucoraphanin through a hydrolyzation process with the enzyme thioglucoside gluco-hydrolase [23]. Isothiocyanates are sulfur-containing phytochemicals that are formed through the hydrolysis of glucosinolates [31].

In conclusion, as the thioglucosides in mustard greens and cruciferous vegetables decompose in-vivo, they can act as toxins. However as long as excessive amounts are not taken over a short period of time, there will not be a toxic effect. However, if a patient is on medication or is being treated for thyroid hypertrophy, then it is recommended they take caution when taking mustard greens and other cruciferous vegetables.

If mustard greens and cruciferous vegetables are taken consistently in moderation, there has been research showing its cancer suppressing and dementia preventing effects.