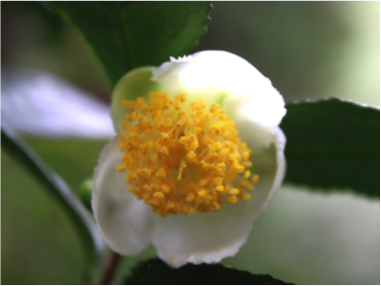 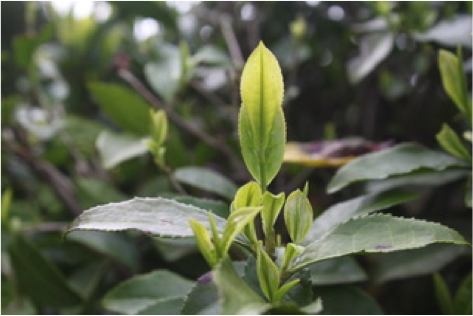 Although it appears that the practice of steeping leaves in water to drink is a millennia-old practice, no one is sure where tea originated from. Some scholars believe that tea came from the jungles of Assam province in India, while others claim that tea originated from southern China. There are anecdotal stories of tea being drunk as far back as the 2700s BC.

A more recent work, “The Tea Classic,” was written in 780 AD by Lu Yu, a Buddhist scholar who wrote about tea and its preparation in three volumes. From China tea spread to other parts of Asia including Japan and Korea, where unique tea drinking cultures developed. Tea was introduced into Japan by envoys from China in 727 AD, and a unique tea ceremony developed over the next several centuries. Japan is unique in its tea history in that traditionally green tea has been the sole tea cultivated and drunk in Japan.

In Korea, tea is believed to have reached the Gaya Kingdom around 48 AD, and it is thought that monks returning from their studies in China began to spread the practice of tea drinking. King Heungdeok, who ruled from 826 to 836, is reported to have planted tea seeds on Jiri Mountain, where tea cultivation is still concentrated in the nearby Boseong region in South Korea.

The Camellia sinensis is a single tea plant that produces several varieties of tea including black tea, green tea, white tea, and oolong tea. Tea processing methods determine what the delicate shoots of the tea plant end up as. The primary difference between black and green tea, the two most popular varieties, is fermentation.

Before tea is processed, it is first picked, usually by hand, from the tea bush that is pruned to remain waist high for easy picking. Left unchecked, a tea bush can grow into a towering tea tree of over 50 ft high. Only the top buds and leaves of the tea bush are plucked, which are called flushes. The frequency of the plucking depends on the growing season and the climate. After plucking, the leaves are brought into the processing plant and laid out on drying racks. The tea is then withered for up to 24 hours where the leaves begin to lose moisture and become softer. Once the leaves are sufficiently soft, they are rolled into the familiar shapes of dried tea leaves during which leaf cells break down and release their natural juices. After rolling the tea leaves are then fermented.

As noted above, this part of the process determines what type of tea the leaves will become. To make green tea, the tea leaves are heated either in an oven or on a pan after rolling, and the exposure to temperatures of up to 200 °F will reduce the moisture content to between 4 to 6 percent and stop the oxidation process. To make black tea, the leaves are placed in a fermentation room for several hours and allowed to absorb oxygen and ferment. The copper-colored fermented leaves are then placed on racks in a hot-air chamber that further dries the leaves until oxidation stops. The leaves, both green and black, are then packaged and prepared for shipping.

The way people around the world drink tea is as varied as the way it’s made. The robust flavors of black tea go well with milk and sugar, which is the most common way tea is drunk in England and India. The more gentle and delicate aroma of green tea is usually enjoyed without accompaniments in Asia. Particular care should be taken especially in preparing green tea in order to preserve its natural taste, and the well-versed drinker knows the particular characteristics of different types of tea. Green tea from Korea, for example, is best when prepared with water at 170 to 180 °F, steeping a pinch of tea leaves in a cup of water for 90 seconds to two minutes. Green tea leaves can be steeped as many as three times or more, depending on the type of tea. Left over tea leaves can be used for a variety of household purposes or, if the teas are organic and free of pesticides and foreign matter, even consumed directly.

Green tea has been known for its vast variety of health benefits. Among over 200 bio-compounds discovered in green tea, the major compounds that are responsible for producing great health benefits are catechins, theanine, vitamins, essential oil, minerals and caffeine. Being powerful antioxidants, catechins are known to be a potent free radical scavenger and health- supportive. The most abundant catechin in green tea is EGCG, which is thought to play a key role in the green tea’s anticancer, antidiabetic, anti-cardiovascular, anti-inflammatory, oral health, UV protection and other antioxidant effects [1-4].

Theanine functions differently from catechins in that it works on our brain. It reduces mental and physical stress and helps prevent brain related diseases such as Parkinson’s, Schizophrenia, and Alzheimer’s. It also boosts our immune system to fight against germs [5].

Essential oils in green tea are known to have anti-aging and anti-inflammatory effects. Because of these properties, green tea oil extracts are used for cosmetics, soap and shampoo. Green tea essential oil also relaxes our muscles, the abundant vitamins provide much needed supply for our daily functions, and minerals provide a wide range of benefits from better digestion to helping fight diabetes [6].

Long consumed in Asia for both its aroma as well as therapeutic purposes, green tea has now become one of the most popular beverages around the world. Green tea is constantly being discovered to have beneficial effects on human health, such as antioxidant, anticancer, and anti-cardiovascular effects. In this respect, we should well consider including green tea in our regular diet for maintaining and improving our health conditions.